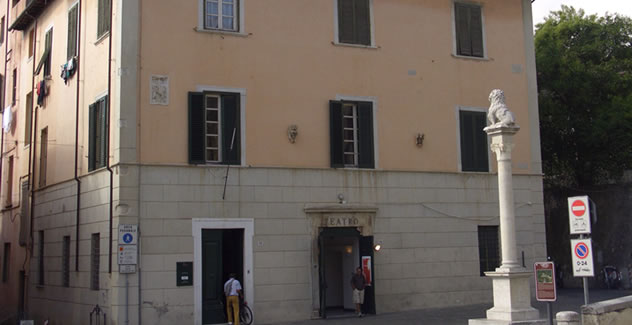 This theatre was built in 1652 in a former location of some salt storehouses.

In 1779 it was restructured by a group of citizens denominated “Accademia degli Aerostatici” who decided to knock the theatre down to build a more suitable one for the carnival and plays.

The new theatre had U-shaped arena and palchetti (boxes), arranged in three tiers of boxes. It was inaugurated in 1784 and conserved this structure until the 1937 renovation when palchetti were replaced by loggione (two galleries) supported by columns.

In 1960, Pietrasanta municipality modified it again. The new theatre had a rectangular-shaped arena, a new gallery and a soundproof ceiling.

We managed the renovation work finished in 1991. We supported its restructuration and enlargement and managed the procedures to monitor and meet regulatory requirements imposed by FIO – a regional plan to recover historical theatres.

Thanks to this work, the stalls and gallery view has been improved; systems, floors, set equipments, and decorations were renovated and a new building was created as a dressing room.

We also managed the procedures to monitor and meet regulatory safety requirements for operation.