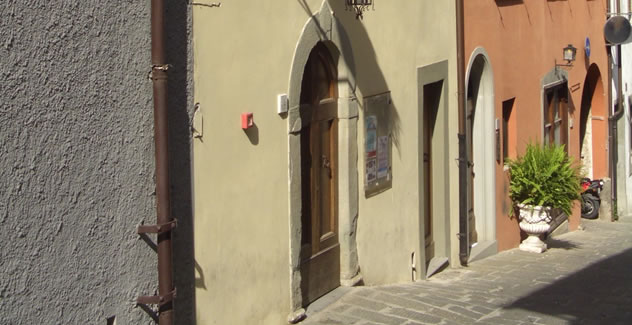 "Accademia degli Assicurati" (since 1796, "Accademia dei Rassicurati") founded this little theatre in the middle of the eighteenth century. Recently, but also at the end of last century, It has restructured. Especially in the nineteenth century it represented an important cultural site.

Accademia dei Rassicurati managed the theatre until 1966. When Montecarlo Municipality bought the Theatre it was not in service and abandoned: the Theatre would have been knocked down if the Municipality hadn’t started its renovation.

When the renovation was done (new roof and inner decoration) the theatre was reopen and a lyrical theatre season was organised. It consisted of both neglected and old and contemporary theatrical plays.

From 2002 to 2003 the Municipality of Montecarlo required the procedures to meet regulatory and safety requirements for operation.

We managed its systems design and administrative procedures.

The theatre is now in service and its capacity is 170 seats.