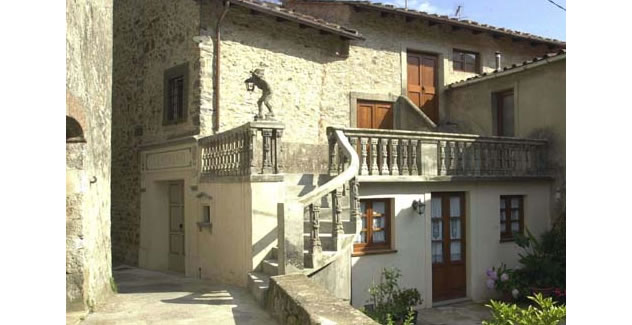 Built in 1890, it is characterised a trapezoidal ground plan and two orders of balconies.

Teatrino di Vetriano measures only 70 square metres yet is complete with everything needed for true theatre.

The arrangement of the stalls, the foyer and the dressing rooms is over some floors and it is particular because of the small dimension of the structure. Anyway it is very functional and admirable.

In the 1890s, potential instability of the load-bearing structures meant the theatre had to be closed. Fai Foundation purchased part of the theatre and undertook the restoration of the small theatre so that it could once again be home to audiences, drama, play and other works of art.

For its extraordinary measures, the theatre was included in the 1997 edition of the “Guinness book of Records” as the smallest historical public theatre in the world.

We collaborated with Fai Delegation of Lucca as an external consultant and designer of the fire prevention system, contributing in the theatre recover.